I found another example of how an organization's governance undermined its quality discoveries, to the detriment of its customers and society at large.

The link describes a scenario where General Motors recalled its 2005-2007 Chevy Cobalt due to an ignition problem.  The summary is that:
- If the ignition is contacted in a certain way, the engine will shut down.
- If the engine shuts down, the airbags will not deploy.
- If the airbags do not deploy, the safety of the driver and passengers will be compromised.

There were multiple deaths arising from this automotive hazard.

According to the article, the technical staff successfully recognized and reported the ignition issue.

A GM engineer experienced the problem while test-driving one of the vehicles in 2004 according to deposition transcripts provided to CNNMoney by Cooper. GM's engineers concluded there was a problem with the ignition switch in 2005, the depositions showed.

"Testimony of GM engineers and documents produced in Melton v. General Motors et. al., show that the automaker actually knew about the defective ignition switch in these vehicles in 2004 before it began selling" the 2005 Chevrolet Cobalt,

CBS News has learned GM's recall is coming 10 years after the defect was first discovered and seven years after people began to die.

My point in raising this subject is not to disparage General Motors, but to draw attention to the fact that our Quality profession is fundamentally impotent and powerless unless the organization's governance is willing to make the necessary commitments and decisions to follow through when quality problems are discovered.

In our profession we devote considerable time to the tactical methods and techniques to discover quality outcomes.  However there is inadequate and insufficient attention dedicated to synchronizing the Quality function with the Executive or Senior Management.  For every high profile example, there are likely ten or twenty examples at different levels.  This is a very substantial challenge.

Posted by Daniel Zrymiak at 11:25 AM 2 comments: Links to this post

Voice of the Customer is a subject within the Quality Body of Knowledge, and in 2014, no voice was louder than that of the "12th Man", namely the collective fan base of the 2014 Super Bowl Champions, the Seattle Seahawks.

Being in the Pacific Northwest, the news is overwhelmed by the Super Bowl Champion, Seattle Seahawks. In addition to their outstanding top-rated defense (again proving the wisdom of the phrase, "Offense sells tickets but Defense wins championships), the players and coaches of the Seattle Seahawks credited their fans, whose record-setting audio interference from their loud cheering contributed to the season of victories. 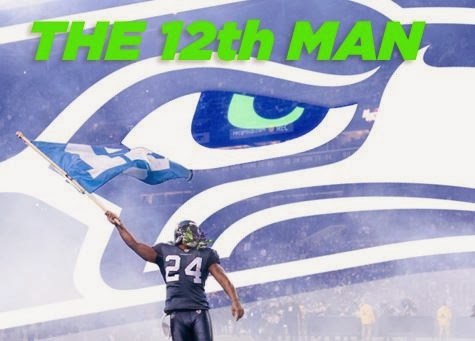 In a stroke of masterful customer engagement, the Seattle Seahawks organization has branded the collective fan base as "The 12th Man", implying that success can be credited to the ticket-paying or television-watching fan.

Extreme customer engagement makes the customer feel as if they are not only the consumer of the organization's goods and services, they are an essential part of its success.  This is not unique to professional sports.  The musical group, the Grateful Dead, had a following of "Deadheads", in spite of having very little radio play during decades of recording and touring. 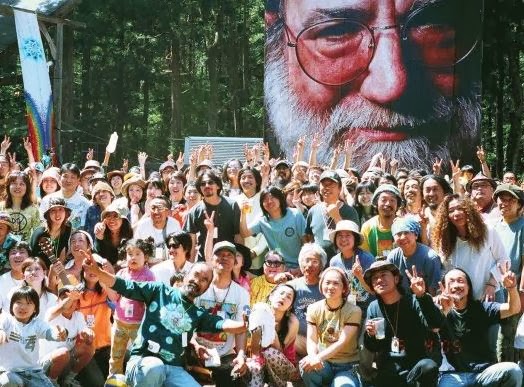 The success of extreme customer engagement is a "game-changer", which converts the customer from a demanding adversary to a collaborative participant and partner.

Since Quality is about Customer delight and excitement, elements of Quality should be oriented towards the establishment of a loyal and devoted customer culture.  The enthusiasm and conviction generated by the customer base needs to be cultivated and recognized.

Steve Jobs captured this brilliantly with his branding of potential Apple customers as the "Crazy Ones".  This set apart Apple users as defiant, nonconformist, and demanding. 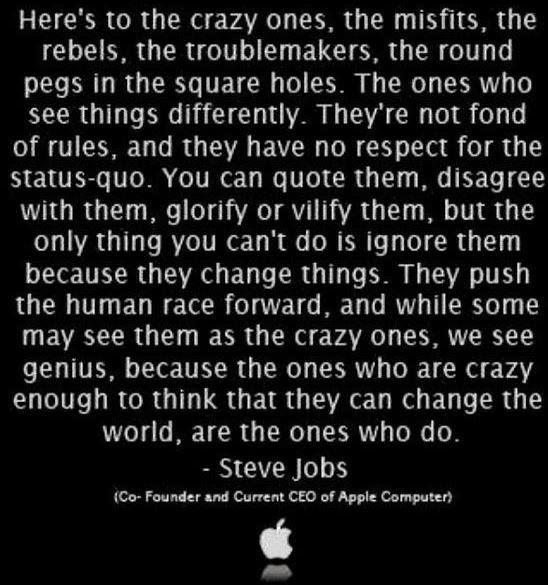 It is not enough to please the customer; they must be motivated and inspired and brought along for the journey to partake and celebrate as your organization reaches new heights.  Whether branded as the 12th Man, Deadheads, The Crazy Ones, or some other catchy title, the Voice of the Customer must be ever-present and everlasting in order to attain success.
Posted by Daniel Zrymiak at 11:39 AM No comments: Links to this post